The Leyland Cypress is renowned for its green/blue evergreen foliage and its ability to provide excellent screening. It is also one of the fastest growing trees with a growth rate of three to four feet per year. In fact the Leyland cypress has the capacity to reach up to 50 feet in height in a 15 year period. These trees are prized by homeowner’s and landscaping experts because of their elegant lines and soft foliage that make them perfect for hedges, privacy screening or to cover a less than perfect view. The recommended spacing for Leyland Cypress Trees is five feet apart but you can plant them closer together if you want quicker privacy.

The Leyland cypress will thrive in poor soil, performs well under drought conditions, is essentially pest-free and can be clipped to any size or height that is needed. However this is the time of year that your Leyland cypress will begin to shed older needles specifically needles that have reached the age of three years. The needles turn brown and will begin to fall which is a completely normal process and one that happens on an annual basis. That being said, your tree or trees may also be suffering from a condition known as browning foliage and you will need to act promptly to diagnose the cause and arrange for treatment.

For the most part, the diseases that result in the symptomatic browning of the Leyland cypress can occur on trees that are weak or stressed. Browning can be prevented by providing the correct care, maintenance and treatment of both healthy and trees that may have already become infected. Cypress trees thrive best in areas that combine full sun to partial shade, in moist, well-drained soil. To help avoid brown patches, hedge trimming and pruning should be carried out during the growing season.

Canker Fungicide Disease: Canker disease is caused by a fungal pathogen which commonly affects trees under stress and results in areas of dying plant tissue. This type of fungus can also be found on twigs and branches and is commonly referred to as bot canker. Another fungal disease which results in cankers is seiridium canker which can be identified by cankers that are accompanied by an oozing resin. There is no chemical treatment for canker disease, so your best management plan will consist of removing and destroying the affected limbs. Your Milam’s Tree Service professional will remove up to 1 inch behind the affected area before sterilizing equipment and moving on to the next area to be pruned. This pro-active approach will help to prevent the further spread of the disease.
Needle Blight – Blight is one of the most common causes of browning in Leyland cypresses. This type of fungal disease will attack the trees through wounds caused by insects or injury. Kabatina tip blight will cause new shoots to become discolored turning them brown and then red while cerospora needle blight on the other hand will begin at the base of the tree and work upwards causing the needles to first become brown before turning gray. Treatment includes spraying with a copper-based fungicide or removing the affected areas to decrease the risk of the fungus spreading
Leyland Cypress Tree Rot – The Leyland cypress can be affected by root rot problems due to its shallow root system. One of the most common rot diseases that results in browning is annosus root rot. This type of fungal disease affects the stumps of trees and their root systems along with the root systems of any trees in close proximity, including cypress trees. Signs of infection include a tree that shows signs of being unhealthy by presenting a reddish-brown hue. While there are no cures for annosus rot disease, maintaining proper soil drainage and adding compost is an essential element in helping to prevent the spread of disease.

If you are interested in learning more about professional tree services for your property including tree trimming & pruning, stump grinding & removal, and emergency tree removal, contact the knowledgeable experts at Milam’s Tree Service today. 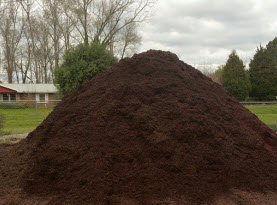